A former Auburn police detective was taken into custody Friday evening on felony charges of theft and official misconduct.

In February, detectives from the state police were asked to investigate the missing property.

After concluding their investigation, the detectives turned it over to Whitley County Prosecutor D.J. Sigler, who has been appointed as a special prosecutor in this case.

Sexton was taken into custody without incident in Auburn, and at the time of the alleged offenses, he was still a detective with the Auburn Police Department.

He has since retired from duty. 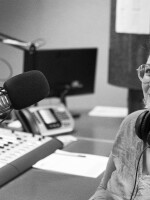