WBOI is working with our engineers and streaming service provider to address an ongoing streaming issue experienced across our platforms. We apologize for the continued inconvenience.
News

Women Are, is a series airing on 89.1 WBOI throughout the month of March to celebrate the accomplishments of local women during Women’s History Month. All photographs were taking by local photographer Jenni Vorderman.

The women highlighted in these stories have all made contributions to enhance the cultural, political and socioeconomic fabric of Northeast Indiana and Northwest Ohio.

Cheryl Heller is the owner and president of G-I-S Incorporated. She launched her industrial supply business in Fort Wayne more than 35 years ago. Both her male business partners did in the first year, but she endured. She later went on to mentor many people, mostly women, helping them to build their own careers.

Ana Giusti arrived in Warsaw, IN 30 years ago from Lima, Peru. She learned English and became an interpreter, advocating for women who suffered from domestic and other forms of violence. For 25 years, she has been the Latino coordinator at the Center for Nonviolence, helping victims gain a voice.

Hthamay Paw is an advocate and voice for Burmese families. She and her family escaped war in Myanmar and now live in Fort Wayne. Paw dedicates her life to being a service coordinator with First Kids, an early intervention service for infants and toddlers.

To Protect and Serve: Allissa Barnhorst is a 17-year Army veteran with deployments to Iraq and Cuba. The married mother of two not also serves her country, and her family, but also her community, as a 10-year veteran of the Fort Wayne Police Department.

A survivor of domestic violence, Terra Brantley went on to raise a family, remarry and is an advocate for victims rights. She also became the longest-serving African-American TV anchor in Indiana history. A member of the Associated Press Hall of Fame, Brantley is now president and general manager of WBOI.

After her family escaped war in Myanmar, Sun Tay was born in Thailand. In 2008 her family resettled in Fort Wayne. She now works with Amani Family Services helping other families from around the world adjust to life in the U.S. as they make Allen County their new home.

After overcoming a language barrier, Mary Encabo now lectures on linguistics at Purdue University Fort Wayne. She hopes the lessons she imparts upon her students and peers promote diversity and inclusion, and that you can overcome anything with hard work and determination. She says her greatest inspiration is her mother.

From Chrysler in Mexico to the Mexican Foreign Affairs Service, Irma Gonzalez Moeller used English to open doors. After working Mexican embassies and consulates, she settled near the Fort Wayne area and is now operations manager for Daavlin Distributing Company in Bryan, Ohio.

The healing power of food got Angie Bobeck on the path to using Indiana spices and recipes passed down from her family to soothe her ailments, as well as her children's. As a personal finance educator at Homestead High School, she cooks up lessons, teaching her students that what goes into you defines what comes out.

Best friends and devoted sisters Emily Rondot and Lauren Diner are physician assistants at Parkview Hospital. These working moms have a combined 20 years of experience, and have spent the last two years saving lives impacted by the COVID-19 pandemic. The sisters say they find strength in family and other strong women. 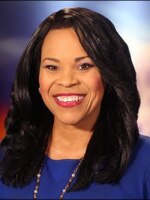