Earlier this week, Republican Sen. Dan Coats stopped by the WBOI Studios to talk about some of the big issues Congress needs to address once members return from their August recess.

In the first half of a two-part interview, WBOI’s Katy Anderson asked Sen. Coats about his thoughts on the Iran nuclear deal and the fight against the Islamic State.

Part Two of our conversation includes Sen. Coats' thoughts on  the national budget and what he hopes to accomplish in the remaining 15 months of his term. 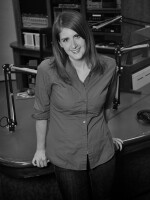